​
The Kon-Tiki Museum opened its doors on May 15th, 1950, dedicated to the Kon-Tiki expedition of 1947.​
​
Knut Haugland and Gerd Vold Hurum were both instrumental in convincing Thor Heyerdahl to see the raft as a possible attraction in Norway, and for its return to Oslo.​
​
Knut Haugland, who had been on leave from the military to join the Kon-Tiki expedition, returned to his day job in the fall of 1947. On this spare time and on weekend, he would organize a massive "dugnad" (that wonderful Norwegian word to describe a collective effort to help a neighbor or friend in a project) to get the first Kon-Tiki Museum built and to give tours of the raft. All his war companions had to help out, and it has been said that he used them up, even. The result was a wooden building, with murals showing exotic sea life. The ceiling was rather low and the mast could not be raised completely. Visitors walked on a dirt floor. And still, the visitors came and have kept on coming: the total number of visitors since 1950 has reached 20 million.​ 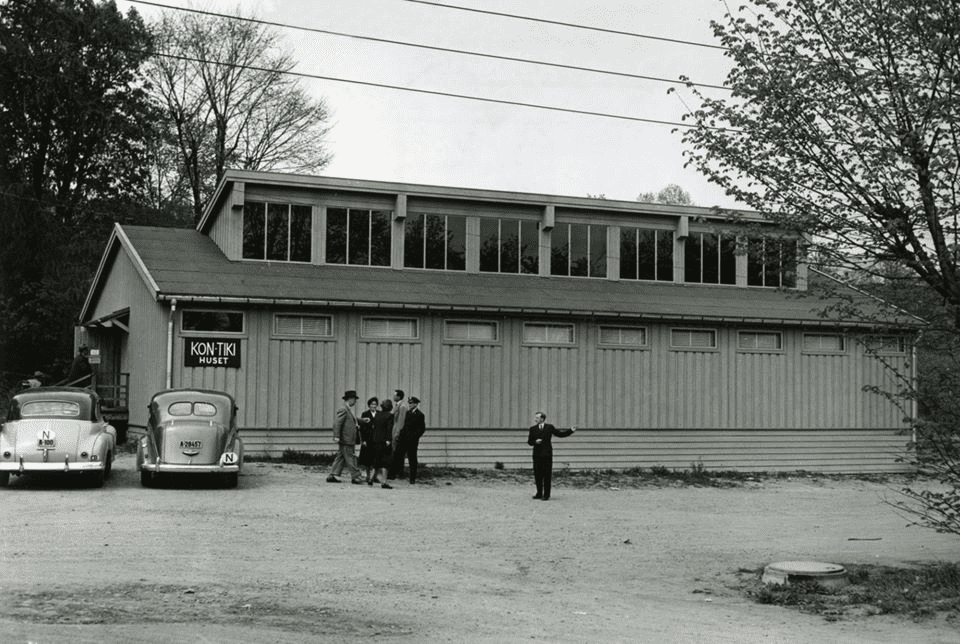 Disney Pirates of the Caribbean ride opens at Disneyland Mar 18, 1967