Tagline: The greatest adventure a man ever lived… with a woman!

Plot: At the start of the First World War, in the middle of Africa’s nowhere, a gin soaked riverboat captain is persuaded by a strong-willed missionary to go down river and face-off a German warship. 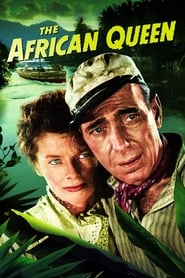 Staff member
OK, not exactly Polynesian but definitely in the DNA of 'tiki pop' as the inspiration for Disney's Jungle Cruise.

I watched the restored version of this on Amazon Prime. If you're a Prime member, watch out as there are multiple versions listed including a free-to-watch version and a pay-to-watch version. They seem to be the same movie but I think just different releases.

Here's the link to the version that was free-to-watch with Prime.

In Africa during WW1, a gin-swilling riverboat owner/captain is persuaded by a strait-laced missionary to use his boat to attack an enemy warship.
www.amazon.com