Along with his ukulele playing and incorporation of other genres, such as jazz and reggae, Kamakawiwoʻole remains influential in Hawaiian music. 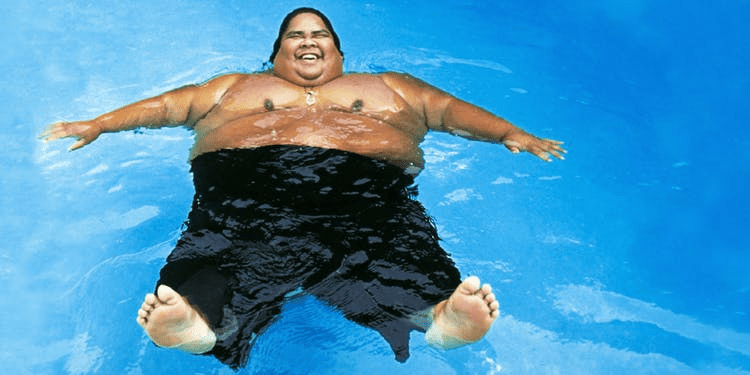 In 2020 Google honored Iz by showcasing him as their "Google Doodle" of the day on his birthday. For the event Google did an animated music video for "Over the Rainbow" in partership with Iz's family.


Born in 1959, the same year that Hawai`i became the 50th State, Israel grew up on O`ahu and was known to all as a rascal. He was always holding or playing his `ukulele. His roots were on the island of Ni`ihau, which is privately owned and remains the only island with a 100% Hawaiian population and cannot be visited without an invitation from a resident. Israel spent his summers there with grandparents learning the life lessons of the early Hawaiians who practiced the ancient ways.​
​
In his late teens, he and his brother Skippy formed the Makaha Sons of Ni`ihau, a contemporary Hawaiian musical group at the height of the Hawaiian cultural renaissance. Their music resonated with Hawaiians and Hawaiians at heart, and they won the Nā Hōkū Hanohano Awards (the Hawaiian music equivalent of a Grammy) year after year. Israel broke out on his own in 1993 (after releasing two solo albums while still performing with the group), and the rest is history. He recorded three solo CDs between 1993 and his death in 1997, which have allowed for four posthumous releases.​
​
His iconic version of “Over the Rainbow” has been licensed in dozens of hit feature films, TV shows, commercial advertising, and remains on various Billboard charts to this day.​
​
Combine an iconic song with a distinctive and unique artist, and you get an international hit—one that continues to delight and spread across the world.​
Last edited by a moderator: Nov 18, 2020
Click to expand...

Staff member
One of my absolute favorite singers of any genre and is one of the singers I'll listen to when I need to shut the rest of the world out for a bit of time. His Rainbow/World mashup was one of my Mom's favorites as well and every time I hear the song I think of her in a bit of bittersweet moment. The animated video is excellent.
F

His bit hit was playing everywhere we went and it was my first time visiting Hawaii. Now, any time I hear it, I just wish I was back in Hawaii. Truly beautiful.

Staff member
The "Rainwbow Team" at Google that works on the Doodles have updated the page with some additional storyboard sketches for the video.

As I type this I'm listening to the video; miss you Mom!